The Rees-Jones Foundation Youth Internship Program was started four years ago in order to supplement existing and help create new internship programs at several faith-based, nonprofit agencies in Dallas. The Foundation was inspired to start RJFYIP after several agencies voiced that they lacked the funding and/or staff to provide their interns with enriching opportunities outside of the traditional intern role. These organizations each had longstanding programs that served youth in their communities, but each lacked a program that helped these youth bridge the gap between adolescence and adulthood.

The Foundation felt that by partnering with these agencies, it could fill the gap by providing leadership opportunities, life and workplace competency soft skills, and new experiences to the interns. The Foundation coupled this with a grant to each agency, which enabled the agency to pay its interns.

Thus, in 2018, The Rees-Jones Foundation welcomed the inaugural class of interns. Interns from For the Nations Refugee Outreach and Voice of Hope dig into the success sequence (Photo Credit: The Rees-Jones Foundation).

In the past, the Youth Internship Program hosted three in-person events for the interns each summer, however, due to the COVID-19 pandemic, this summer operated a little differently. The Foundation hosted weekly webinars in addition to three in-person events. During the webinars, interns heard from special guests who spoke about financial literacy, post-secondary education opportunities, and specific career tracts like the military and psychology.

Foundation staff also got to know the interns better by bringing lunch to the interns’ agency sites.

The program kicked-off in May, and due to staggered school end dates, the Foundation hosted an in-person orientation “on delay” in June at the Park Cities Club. Orientation consisted of several sessions including the success sequence led by Just Say Yes, an etiquette lunch hosted by Misty Harris of Texas Etiquette, Texas Jeopardy presented by Foundation staff, and cultural lies through music taught by Dallas Leadership Foundation.

After the Fourth of July, the Foundation hosted the interns at the Trinity River Audubon in southern Dallas. The half-day event featured a guided tour of the Audubon, which was a first for almost all in attendance. Tairi Mobley, teacher and intern leader at Cornerstone Crossroads Academy, gave a testimonial before lunch that was enjoyed by all. The afternoon consisted of Civics Jeopardy presented by Foundation staff, and an interactive activity about a pencil that stressed the importance of the free market. 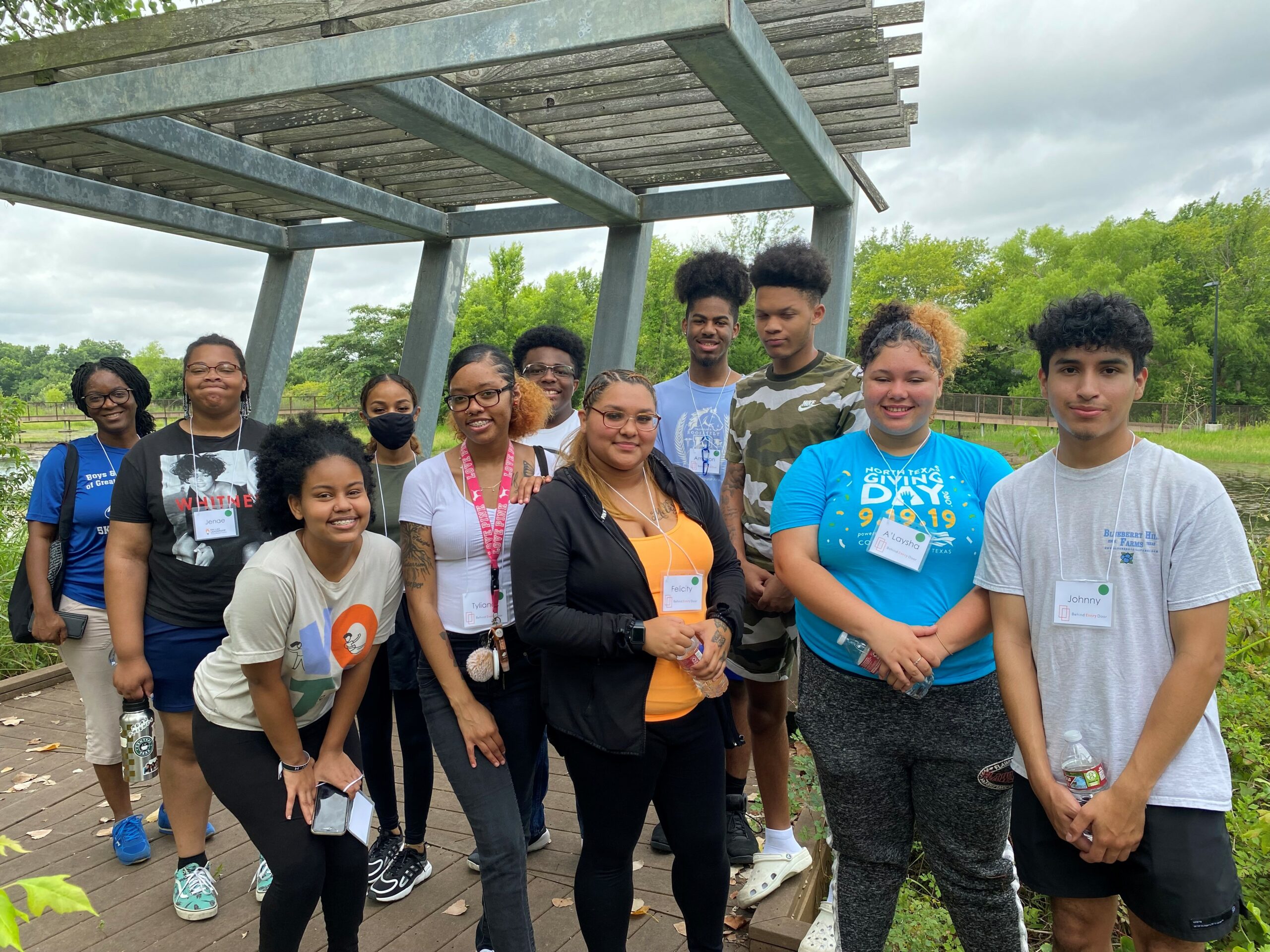 Interns from Behind Every Door and Dallas Leadership Foundation enjoy a private tour of the Trinity River Audubon in southern Dallas (Photo Credit: The Rees-Jones Foundation).

The final in-person event signified the end of RJFYIP. The interns gathered at Group Dynamix for a fun day of teambuilding with their fellow interns. The day was a big hit with the interns who thoroughly enjoyed getting to know each other better through the physically demanding challenges.